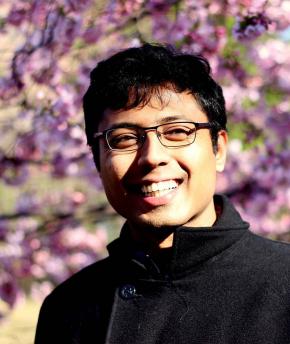 Congratulations to Prof. Srinivas Narayana, who has received an NSF grant for his project titled "CNS Core: Small: Democratizing Network Hardware Offloads," for an amount of $387,990, covering a three-year period starting 10/01/2019.  He is the sole investigator on the project.

Many practical applications today require computing over large datasets, such as weather prediction, scientific computing, and web searches. While the size of compute clusters has increased over time, the amount of data that can be processed with a single compute server is a tiny fraction of these datasets, placing a large burden on the interconnecting network that moves data between the servers. Speeds of network hardware have been increasing over time. Yet, enormous engineering effort is required on the server side to efficiently utilize these high-speed networks---effort that isn't accessible outside of small, niche communities of application developers.

This project aims to broaden the community of application developers benefiting from increasing network speeds. The project leverages recent technological developments in network interface cards (NICs) attached to servers, namely programmable NIC offload, to advance developer-friendly abstractions, programming languages, and platforms. The main technical contributions of the project are (1) an abstract NIC model to represent diverse NIC substrates, and (2) compilation algorithms that translate flexible developer programs into NIC implementations, providing predictable high throughput and low delay for the data traffic processed by the NIC. The end result is the ability to process data efficiently and flexibly on servers with guarantees of high performance, enabling developers to focus on their core application logic rather than improving performance.